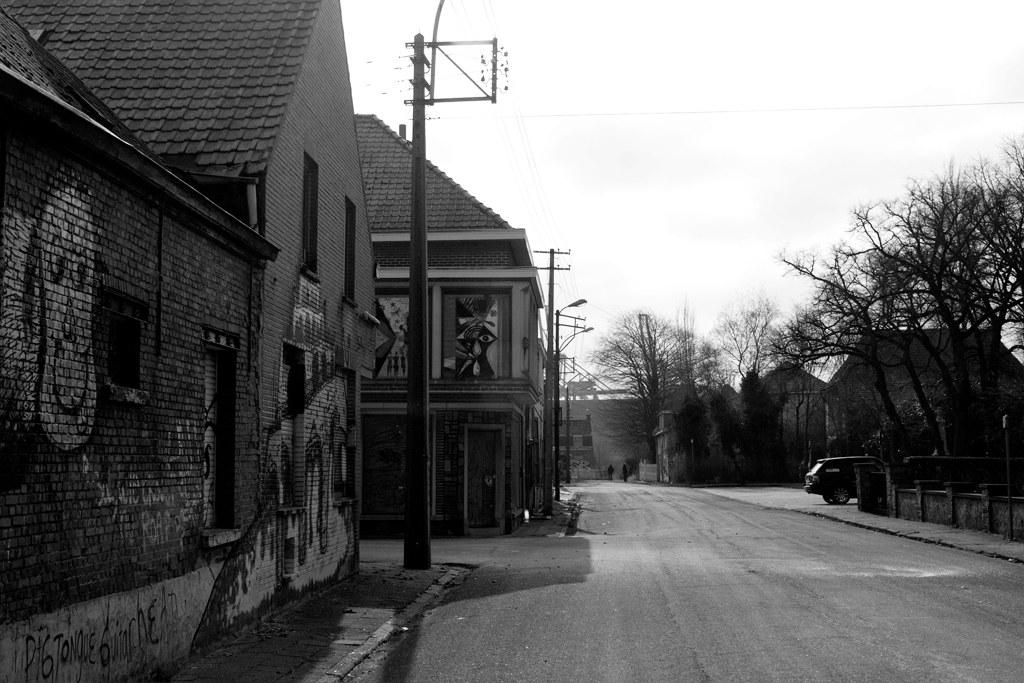 The small village Doel (700 years old) in Belgium is threatened with complete demolition due to the future enlargement of the harbour of Antwerp.
The history of demolition goes back to the early sixties, when the first plans for enlargement were developed.
At the moment there are still 26 inhabitants (original inhabitants and renters) in the village who resist the demolition of their homes.
The situation has reached an impasse at the moment.

Walking through the village gives a sad feeling. To me it felt like a mixture of incomprehension, anger, sadness, melancholy, perseverance, history, memories, resistance, attempts at new life, anarchism, creativity, resignation, vandalism and glimpses of invisible inhabitants.
The sun is shining in the same in the streets as the sun shone for the sixties, extensions of the port of Antwerp were not in discussion and inhabitants lived together as in many other villages.
For their living inhabitants were possibly active at the port of Antwerp, the same port an ultimately headed monster turned out to be.

The typical checkerboard pattern of the village dates from the beginning of 16oo, when geometric farmlands for the first time were mapped. The pattern has not changed very much over the years. This fact makes (made) the village a rare example of regional urbanization and nowadays an extra unreal sight.

The strange feeling of walking through the village is further strengthened by the presence of the nuclear plant of Doel near the village.