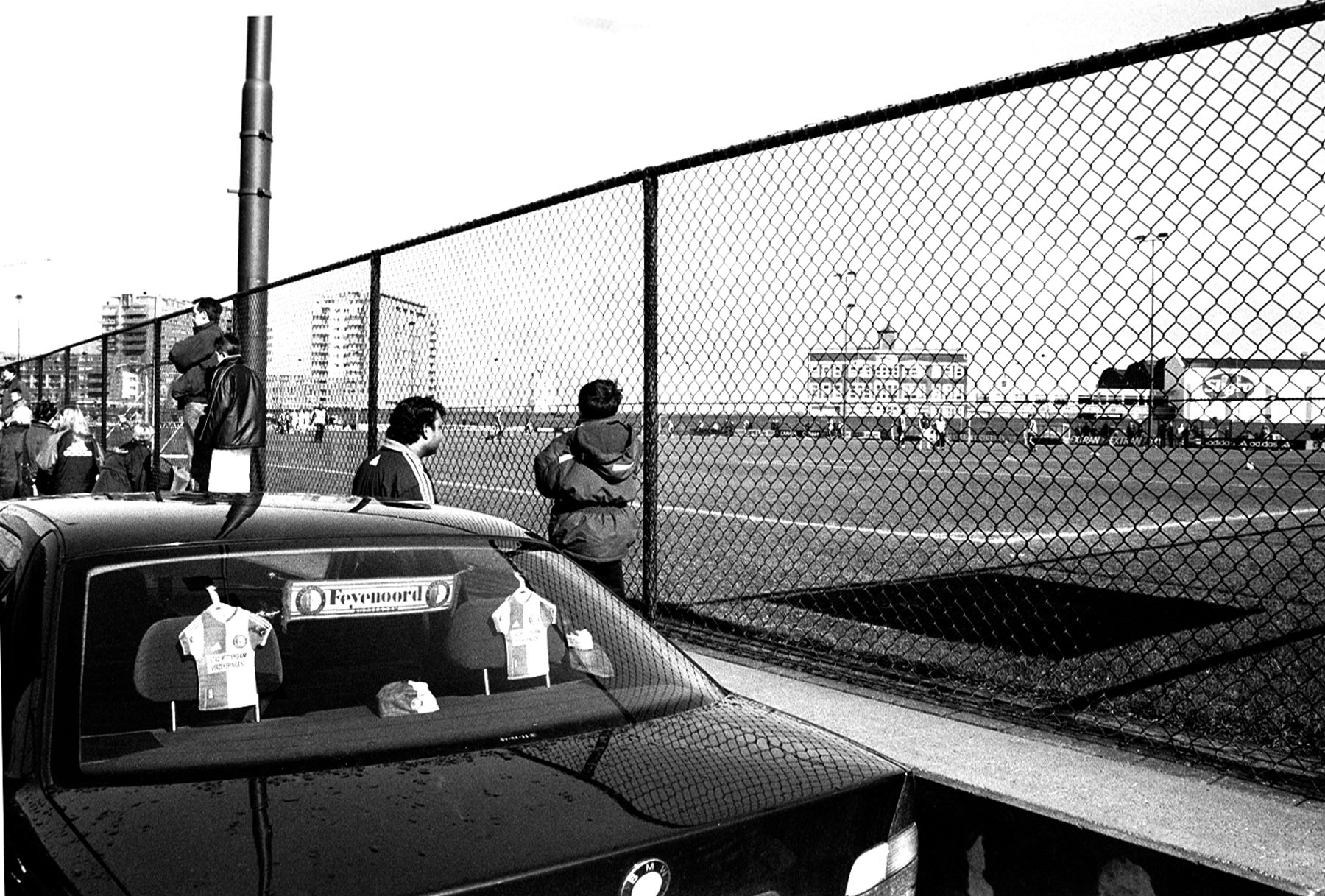 In the soccer season of 1997 – 1998 I visited a couple of time the trainings sessions of the first team of Feyenoord 1 in Rotterdam, one of the major soccer clubs in the Netherlands.
Main goal of my photo project was to follow these supporters, who came day in day out to the trainings field, at that time located near the ‘Kuip’, the impressive stadium from 1937 of Feyenoord. A historic place in many ways.
At those days plans were already there for movement of the trainings location of the first team to Varkenoord and a rebuild of the stadium.
Supporters of all ages there were, and support I got from them. Unfortunately I had to stop because of health hig ups and my movement to the northern part of the Netherlands. The few film rolls I shot until then were not all developed well enough. Not a good start… But and however unfinished, it delivered me good memories, nice contacts, and some small photo memories to me and them to a small piece of time in the great history of Feyenoord.

From 2009 the first team indeed moved for their trainings sessions to the sport complex Varkenoord near the Kuip. The discussion for a rebuild of the stadium or further refurbishment is hot at the moment. 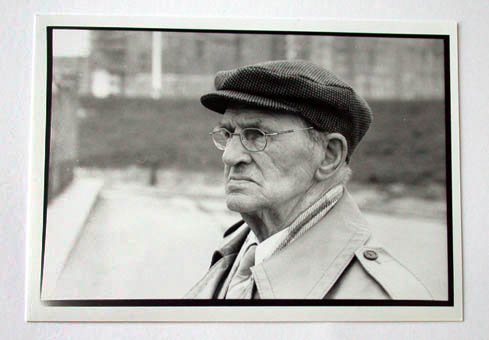 In special and grateful remembrance of Rinus Rotgers, who I met a several times at that time. We wrote already for a short time at that time and round my movement to Friesland.
It means a lot to me that I discovered only now (29 August 2014) now this broadcast of Dutch ‘Man Bijt Hond’ from 2008 about this at that time 96 years old Feyenoord supporter. I saw this picture I made of him in the background of his home.  At time of the broadcast, Rinus Rotgers was 96 of age. I saw he passed away at the day of his 99th anniversary in 2010.

‘Oer-supporter Rinus Rotgers overleden’ : link to the Feyenoord website with a link to the broadcast.